What is the Distal Phalanx

Where are the Distal Phalanges Located 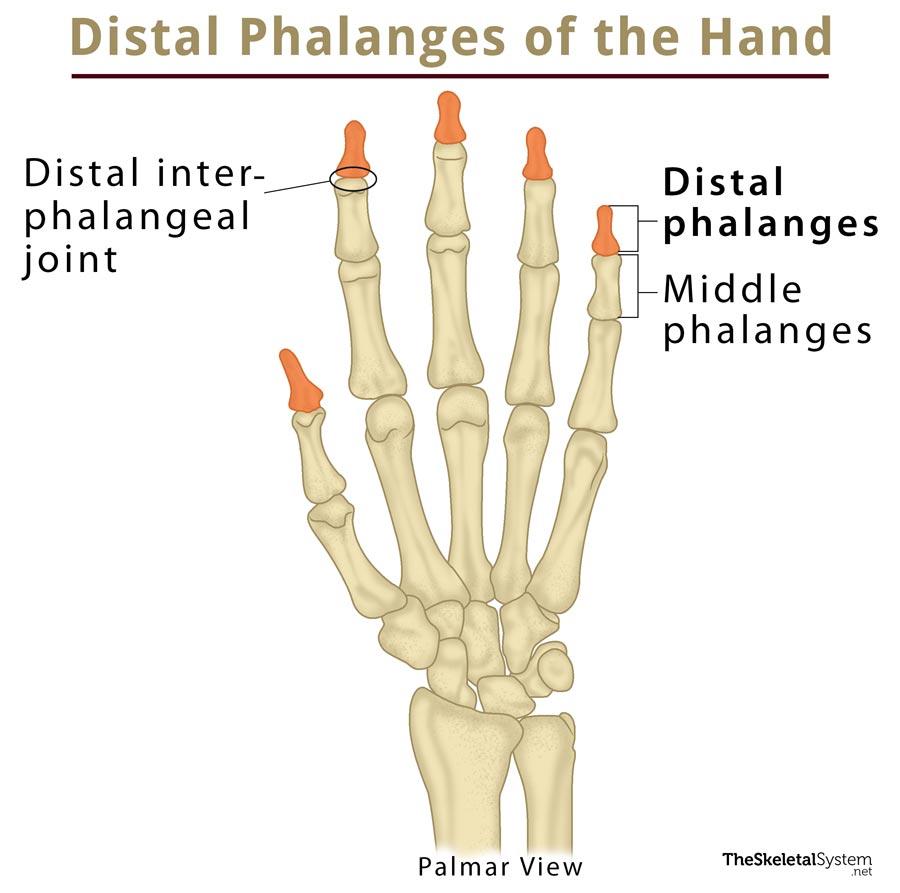 How Many Distal Phalanges are There in the Fingers

There is one distal phalanx in each finger, including the thumb, which makes 5 in total for each hand, and 10 for both hands. These may be specified as the first (thumb), second (index finger), third (middle finger), fourth (ring finger), and fifth (little finger) distal phalanx.[/ps2id_wrap] 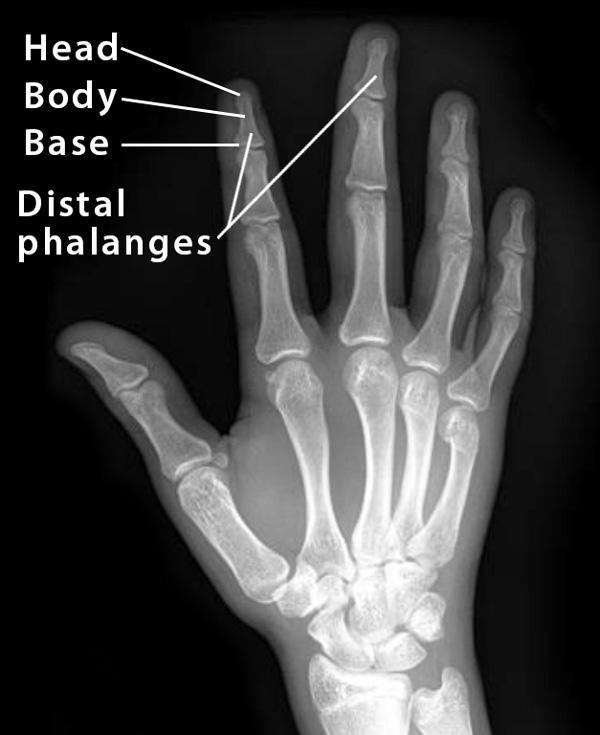 Anatomy of the Distal Phalanges

The distal end or head has a tapered appearance, with a rough surface. On the dorsal surface, there is a spade-shaped rough plate, called the apical tuft or tuberosity of the distal phalanx, facing the palmar side [6].

The head area is especially rough on the palmar surface as the tendons of the flexor digitorum profundus (FDP) muscle inserts here (in all the fingers, except the thumb) [8].

Branches from the superficial palmar arch and deep palmar arch are responsible for blood supply in the distal phalangeal area [9].

Functions of the Distal Phalanges

The primary purpose of the distal phalanges is to support and maintain the stability of the fingertips, as it is a highly sensitive area with multiple nerve endings for translating the sense of touch into nerve impulses to be carried to the brain.

Additionally, the apical tufts or the horseshoe-shaped extensions of these bones support the fingernails on the back of the fingers, as well as the fleshy pads of the fingertips on the palmar side [10, 11].

Fracture and Dislocation: The distal phalanges are among the most fractured bones of the hand, with those of the thumb and middle finger being affected most commonly, and the index finger being somewhat less frequently injured. Fractures and dislocations most often occur due to a direct blow to the fingers and may be associated with cuts and injuries to the fingertip or nail bed [12]. Mallet fractures and jersey fractures are among the common forms of fracture of these bones [13]. Treatment may include standard methods like splinting and reduced movement, along with proper care for any cuts or lesions.

Arthritis: Another common condition associated with this bone, the DIP joint of the index finger is more prone to arthritis due to its use in all pinching movements [7]. Standard treatment usually includes anti-inflammatory medicines, reduced movement, and splints, with surgeries in severe cases.