Humans have 32 bones in each arm, with the total being 64. These bones are flexible and strong, supporting and providing structure to the upper limbs and allowing us to use our shoulders, hands, and fingers.

Moreover, they help the arms withstand extreme stress and force during exercise, sports, and during an accident or an emergency like hitting something or falling, when we tend to throw our arms in front.

These bones also have numerous attachment points for various muscles. The joints formed by these bones give our arms the range of motion and dexterity that lets us do all of our daily work, from picking things up, holding them, and things like eating, writing, driving, etc.

Names and Anatomy of All the Bones in the Upper Limb 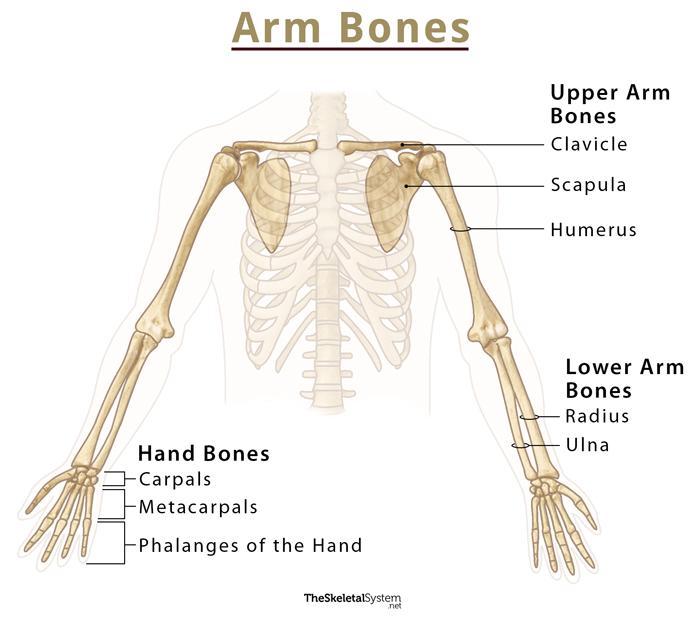 These bones form the connection between the arm and the body trunk.

It forms the shoulder and allows us to move our hands in all directions. The following two bones join together to form the pectoral girdle: 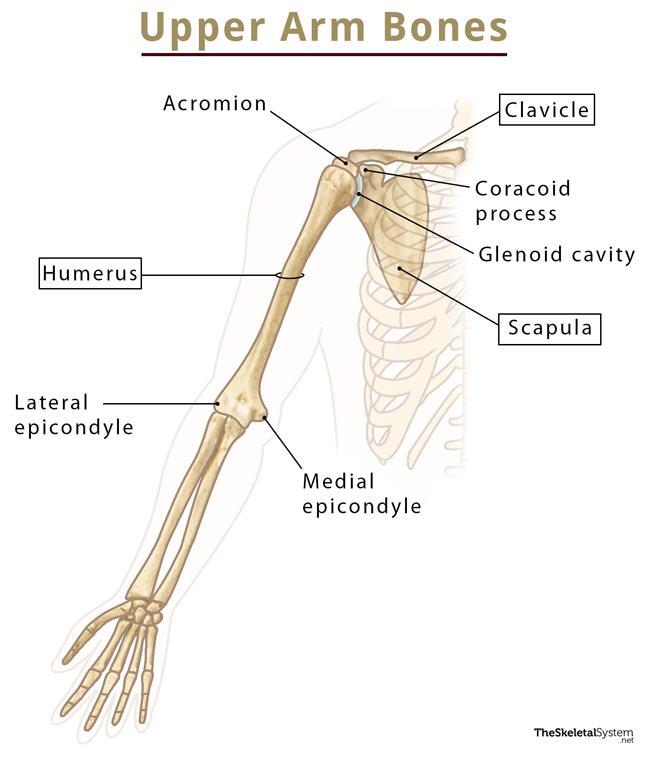 There are two long bones in the forearm, and together they connect the upper arm to the wrist and hand through the elbow and wrist joints: 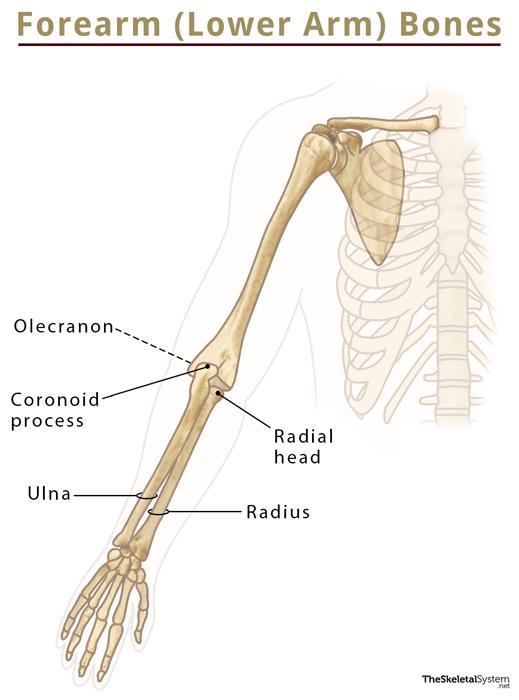 Even though the hands are a small area, 27 bones in each hand form several joints and articulations to allow us to use our hands. Following are the names of the hand bones:

1. Carpals: These are the wrist bones connecting the lower arm to the fingers to form part of the palm:

2. Metacarpals (10): Five long bones at the base of each finger shaping the human hand.

3. Phalanges of the Hand: These are the narrow bones in the fingers. Each finger has three phalanges, except the thumb, which only has the proximal and distal phalanges.

Q. Do your arm bones twist around each other?

Ans. Though it seems that the two lower arm bones, radius, and ulna, would cross during arm movement, they don’t. The radius is the only bone that twists around the ulna, which is locked in its place with a hinge joint. Think of the ulna as a door that cannot rotate because of its hinges.

The only way both lower arm bones would rotate is if you were to rotate your whole arm from the shoulder.