Published on August 5th 2018 by staff

What is the Fifth Metacarpal

The fifth metacarpal (5th metacarpal) is the palm bone associated with the fifth digit or little finger in the human hand [1]. Like the other metacarpals, it has a head, shaft/body, and base, contributing to the formation and functioning of the palm [2].

Where is it Located 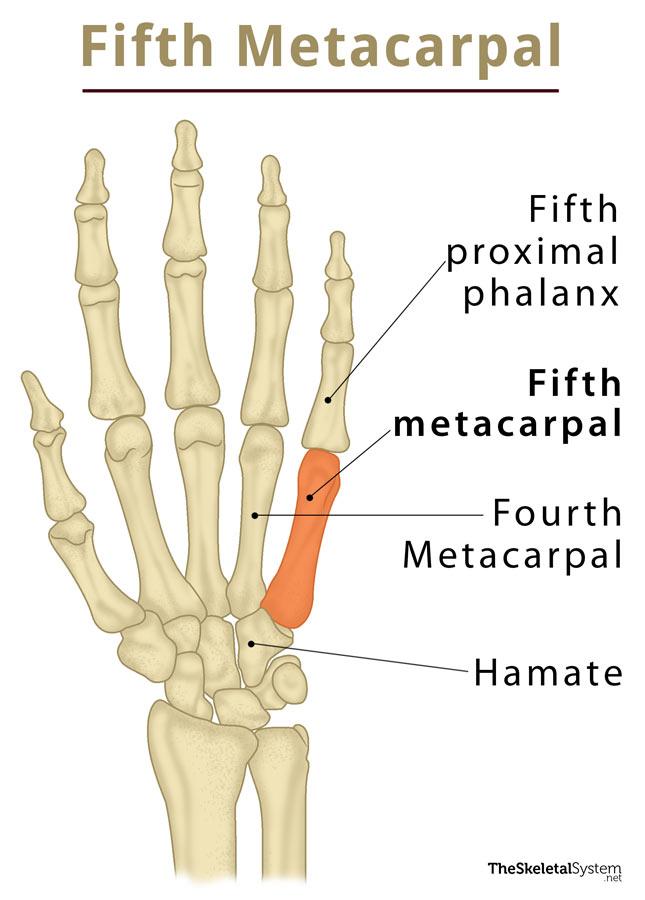 It starts to ossify first from one ossification center in the middle of the shaft, during the early weeks of fetal development [4]. The head of the fifth metacarpal begins to ossify when a child is around 3 years old [5]. 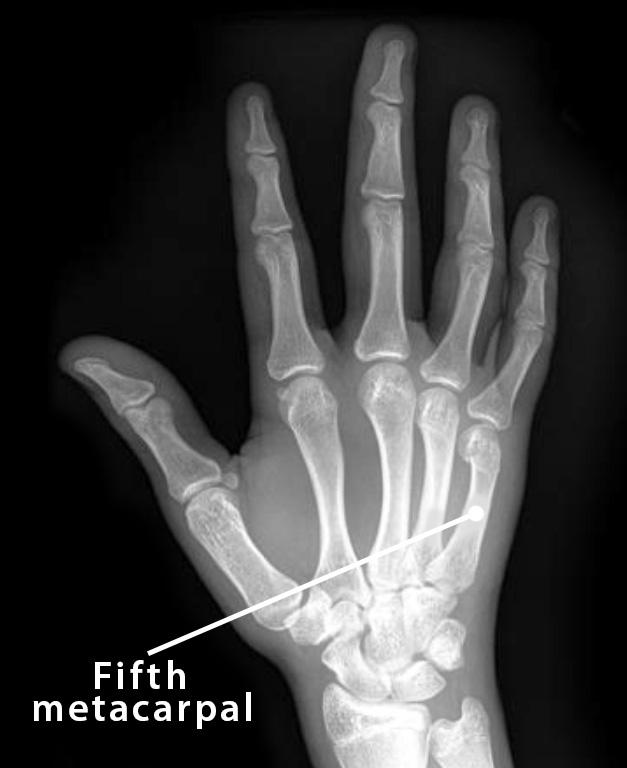 Anatomy of the Fifth Metacarpal: Surfaces and Joints

It is the most common metacarpal, and one of the most common of all hand bones to get fractured [7]. A fracture in the fourth and fifth metacarpals is called the boxer’s fracture, as it usually happens when one punches something hard with a closed fist, like in boxing [8]. Treatment may involve the application of splints, medications, rest, and surgery (rarely).

Other associated injuries and conditions may include a shortening fifth metacarpal [9], or dislocation, and arthritis of the fifth carpometacarpal joint.