Published on August 4th 2018 by staff

What is the Fourth Metacarpal Bone

It is the metacarpal associated with the ring finger, shaping the palm, and allowing proper use of the hand [1]. It is divided into a head and a base, joined by the long shaft or body [2].

Where is it Located

Being the fourth of the metacarpals, it is located between the distal carpal bones and the fourth proximal phalanx [3]. 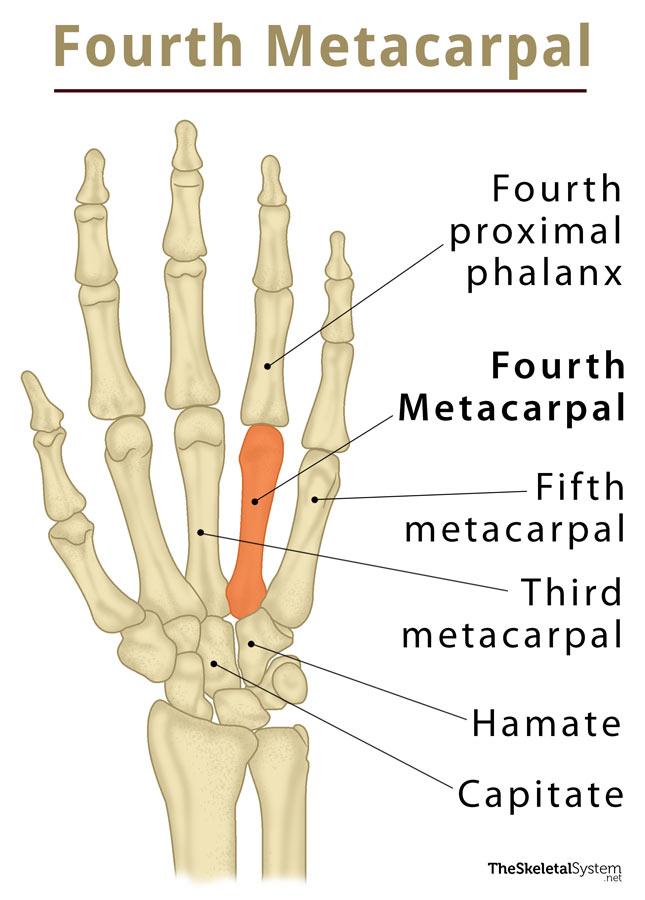 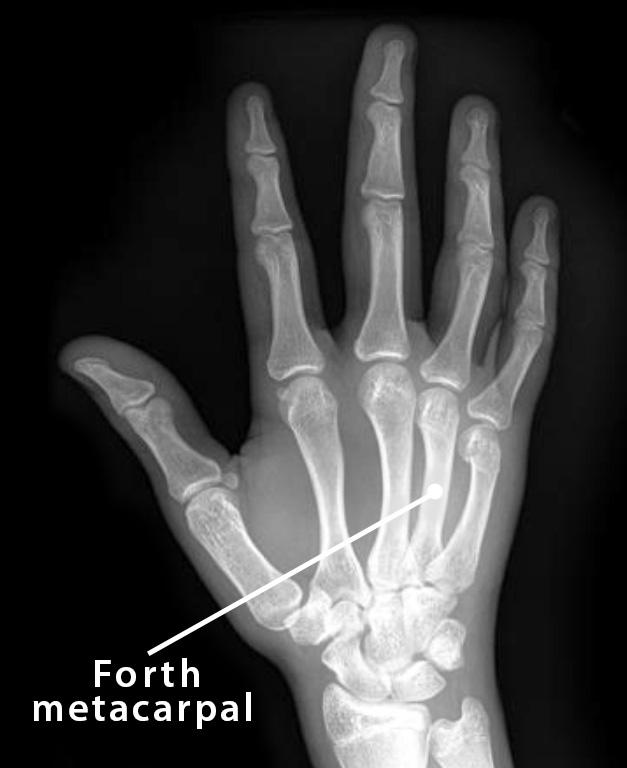 Anatomy of the Ring Finger Metacarpal: Surfaces and Joints

At its base, there are two proximal facets articulating with the distal carpal bones capitate and hamate. There are also two more articular surfaces at the base, medially and laterally, joining the fourth metacarpal with the third and fifth metacarpals respectively. On the distal end, it has an articular facet on its head for the fourth proximal phalanx base [6].

Metacarpal fractures are one of the most common bone injuries [3], and a fracture in the fourth and fifth metacarpals is referred to as a boxer’s fracture since it commonly occurs due to punching hard with a closed fist [8]. Overuse injuries and arthritis of the joints of this metacarpal may also occur, but are rarer than those affecting the carpometacarpal joint of the thumb.

Shortening of the fourth metacarpal is a condition that hampers the development of this bone, or causes it to shorten. It may result from some injury, post-operative trauma, or as a result of some underlying bone abnormality – the exact causes are still not known. In many cases, there is no change in the functioning of the hand, apart from the finger appearing shorter [7].